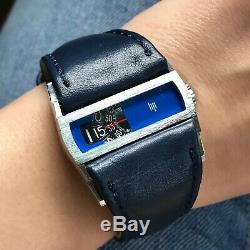 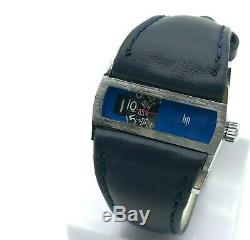 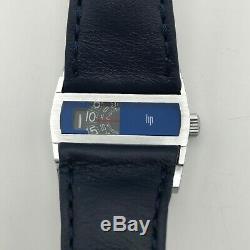 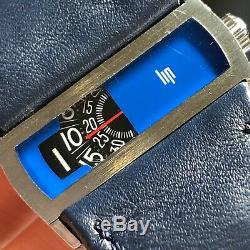 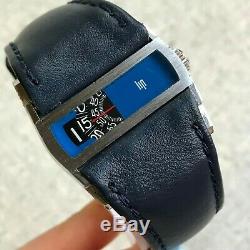 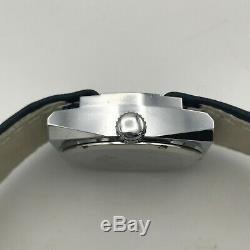 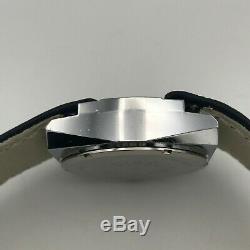 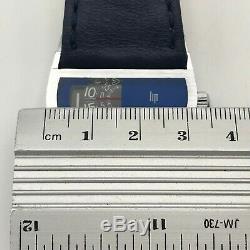 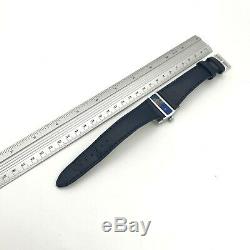 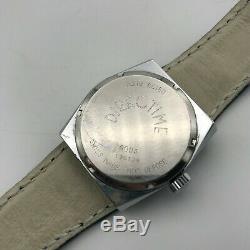 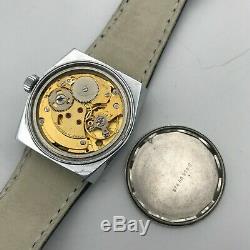 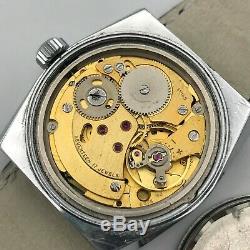 A vintage and rare mechanical watch LIP "Baschmakoff" with a jump hour produced in Switzerland approximately in 1970s. This model was designed by Prince Francois de Baschmakoff in 1971. Vintage retro watch, about 50 years old. Unusual time displaying: it's represented by three spinning disks, one each for the hours, minutes and seconds; the red line on the crystal is used as the reference point for the current time.

Jump hour: rather than rotating constantly like a traditional hour disk, it springs forward when the hour changes. Original 17 jewels Swiss mechanism (there's the inscription "Swiss" on it and "Swiss Made" on the caseback). Serviced by a professional master. LIP is a French watch and clock company whose turmoil became emblematic of the conflicts between workers and management in France. The LIP factory, based in Besançon in eastern France, began to experience financial problems in the late 1960s and early 1970s, and management decided to attempt a factory shutdown.

However, after strikes and a highly publicized factory occupation in 1973, LIP became worker-managed. All the fired employees were rehired by March 1974, but the firm was liquidated again in the spring of 1976.

This led to a new struggle, called "the social conflict of the 1970s" by the daily newspaper "Libération". The watch is in great condition, runs well and keeps time accurately. The mechanism was serviced by a professional watch master.

There are only minor scratches on the case and its backside. The watch goes with a new leather strap. For more accurate description look at all 12 photos! You'll get exactly what you see!

Hurry up to replenish your watch collection with such a rare sample! If you have some questions just ask and we answer quickly.

See our other vintage & retro. We sell only ORIGINAL goods.

This item is in the category "Jewelry & Watches\Watches, Parts & Accessories\Wristwatches". The seller is "beleon_66" and is located in Minsk. This item can be shipped worldwide.